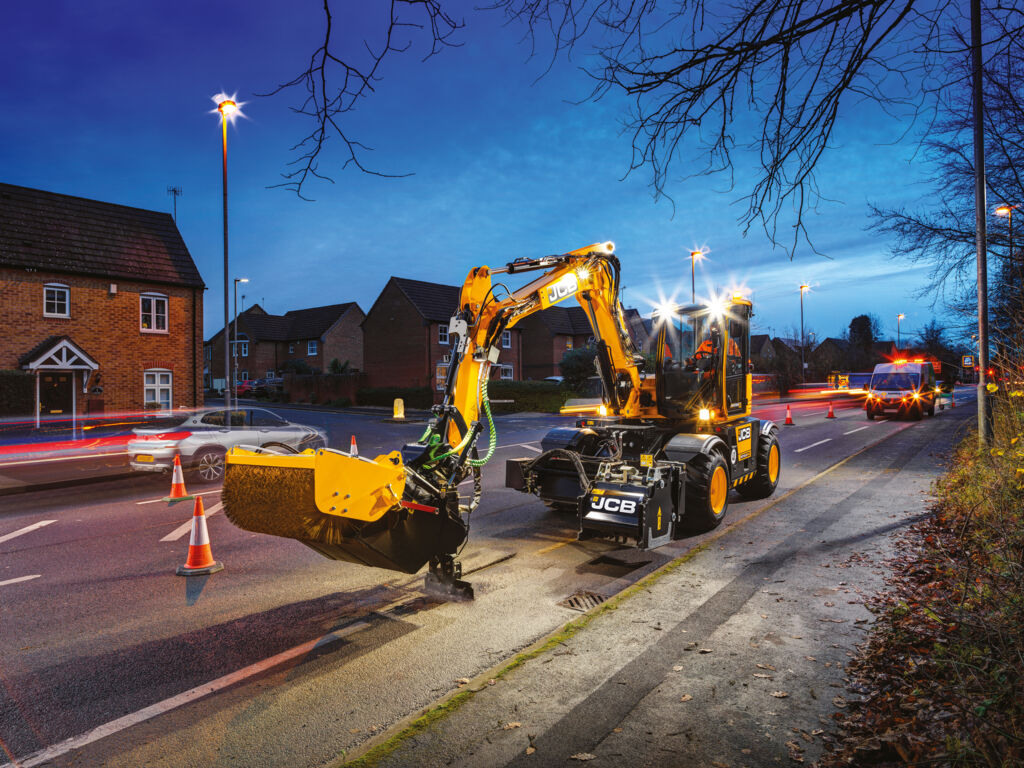 Ben Rawding from JCB stresses the importance of new technologies to tackle the labour shortages and attract new talent to the sector. 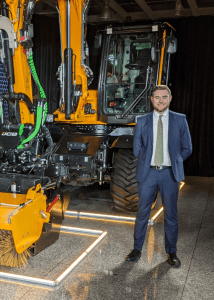 Today the highways teams within British local authorities face a number of challenges, and as an industry we must do more to support them. The work of a highways operative can often be physically challenging, dangerous and unappreciated. Consequently, we are facing a labour shortage, with a concerning trend towards an aging workforce. An unnamed authority has recently conducted a review to assess exact this – with resulting showing an average age of over 50 years for their highways operatives and a troubling level of absence.

If we hope to tackle the unprecedent backlog faced by our highways teams then we must provide them with the necessary tools to mechanise their repair processes and attract new youthful labour into the many open vacancies. The so called ‘PlayStation generation’ will simply not accept roles if they are expected to risk their personal health, through unnecessary manual handling or risk Hand Arm Vibration Syndrome. This cannot be understated as exposure to hand arm vibration (HAV) can lead to a combination of neurological (nerve), vascular (circulation) and musculoskeletal symptoms, collectively known as hand-arm vibration syndrome (HAVS), as well as specific diseases such as carpal tunnel syndrome. The Health and Safety Executive have identified HAVS as one of the basic health and safety mistakes crippling British industry. This avoidable risk is something we must eliminate; plastering over the issue with vibration monitoring wrist watches is simply not the answer.

British manufacturers such as JCB have recognised this significant issue and feel the burden of being one of the true engineering giants left in this nation. As a result, the PotholePro was born – an innovation driven by JCB Chairman, Lord Bamford. He tasked the finest engineers within the business to address this ever-growing issue. Since launch in 2021, the PotholePro has been supporting local authorities across the UK by mechanising their repair process, eliminating all HAVS risk and attracting a new generation of talent into the highways industry. Operatives have gone from using jack hammers / circular saws to instead repairing the defects from a zero vibration cabin – the heated air suspension seat has also helped!

It must not be forgotten that HAVS is preventable, but once the damage is done it is permanent. A similar story can be said with unnecessary operatives placed unprotected in a live carriageway. If the preparation of the defect can be completely by a machine, without the operator having to leave the comfort of their cab – then this significantly reduces the risks involved. This is not a move to remove the requirement for labour, but instead diversify the tasks and methodology. The individuals who would previously be working on defect preparation, now focus on reinstatement – attempting to keep pace with the machine leading the process line.

As a result, local authorities have reported that operative job satisfaction has improved as they no longer have to carry cumbersome jack hammers, lift large pieces of spoil surface into their truck. Both of these processes, along with the planning, is undertaken with a single machine. To aid this, they have upskilled their operatives to drive the PotholePro, supported by free of charge training from JCB that includes the full CPCS qualification. The remaining operatives focus on reinstatement – to which they have commented is the “satisfying” element.

Whether it is a PotholePro or alternative machinery, it is essential that we mechanise the highways repair processes, providing an up-skilled labour force with the necessary tools to fix more defects in a safer, economical, and permanent manner. Analysis from authorities such as Stoke-on-Trent City Council has demonstrated that mechanisation can transform the whole highways department. They have repaired over 7-years’ worth of defects in just 12 months. Not only have they repaired significantly more defects, but they have drastically lowered their cost per defect as a result. The workforce is more motivated as the machine has ‘picked up the slack’. In fact, one of their operatives has been using jack hammers for 30 years but has been converted to using the PotholePro. Furthermore, the new work methods have changed the perception of the team and as a result, they are able to attract a younger generation of operatives into their department.