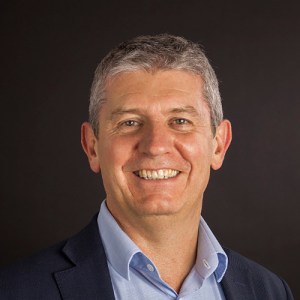 Michael Whelan, General Manager at M6Toll looks at RUC trials in California, Utah and Washington state, and explains how lessons learnt could be applied in the UK

The arrival of the Covid19 pandemic in the UK changed everything overnight, not least on our roads. The near-total disappearance of road traffic during multiple lockdowns led many globally – like the Brookings Institute in the US – to ask how the carbon and congestion benefits of reduced road traffic could be preserved as lockdowns ended.

The impact had certainly been significant. In March 2020 the first of three national lockdowns came into force and within just 6 days, three quarters of all motor vehicle journeys had vanished from the UK’s road network.

But this dramatic shift hasn’t had the enduring legacy that many anticipated – and the emissions and congestion challenges have come roaring back. As society and the economy returns to other critical more ‘traditional’ challenges – such as inflation and the cost of living – traffic levels also returned to a pre-Covid state. In the first week of July 2022, over two years since the first lockdown began, car usage on Britain’s roads stood between 92% and 105% of pre-Covid levels[1]. Even by March 2022, car usage on motorways in the West Midlands in particular had returned to 97% of pre-Covid levels

However, whilst overall traffic levels have returned to pre-Covid numbers, traffic patterns have changed – at least temporarily. At the M6toll we have observed this shift in two ways:

Most apparently, weekday traffic on the M6toll is now 14% below 2019 levels. It’s probable this is due to commuter patterns adjusting to the widespread emergence of hybrid working. Speaking to our customers about their changing work and leisure patterns has enabled us to create flexible new products to respond to the shift in consumer behaviours.

Conversely, weekend traffic on the M6toll is now almost 5% above 2019 levels. A combination of factors – including a rise in UK holidays – could be behind this, but longer-term it remains to be seen whether this change endures or returns to pre-Covid levels as global travel returns.

But even with these changes to driver behaviour, overall traffic levels over the course of the week are back now at similar levels to pre-pandemic, meaning the roads policy challenges facing the country have not gone away. These challenges are three-fold – how to decarbonise road traffic, how to continue to support economic growth through improved connectivity, and how to protect the very significant levels of Exchequer funding raised through VAT and fuel duty. It is this road policy trilemma that has resulted in the increasing focus on Road User Pricing (RUP) as the solution.

In fact, far from ‘not going away’, these three road policy challenges have actually intensified in recent months. As the economic turbulence of inflation continues to bite – spread and encouraged by the cost of petrol, diesel and energy prices – this trilemma has become more urgent. Electric Vehicles sales are soaring as consumers look for cheaper modes of travel and the Exchequer is again under pressure to examine its fuel duty and VAT receipts. In other words, it’s not just Covid that has underscored the virtues of RUP but also the environment of today’s post-Pandemic and inflationary  economy.

Indeed, with organisations as diverse as bus companies, councils and the AA supporting road user charging, its stock is certainly rising. Yet one major roadblock stands in the way – public acceptability. As some reporting has already made clear, any Government introducing road user charging would face stiff opposition from some quarters, making its introduction difficult without public acceptability.

Let them try it out first

The Washington State of Transportation Commission (WSTC) trialled road user charging in 2018 and found that the biggest influence on increased public acceptability was having participated in or been familiar with the trial. After a year of participating in the pilot programme, studies showed that motorists became more favourable towards RUC, with 68% of the respondents preferring RUC over or equally to the gas tax – a marked increase.

This suggests that the Government would be wise to phase any scheme in over time, allowing the public to gradually get used to road user charging in increments, rather than in one big bang. Whilst this might introduce other policy challenges – delaying the revenue take for example – it may be more likely to build public acceptability.

The Utah Department of Transport launched a voluntary RUC pilot programme for electric and hybrid vehicles, giving owners the choice of either paying a flat fee or paying by the mile. This element of choice appears to have reduced opposition by giving drivers some power in how they pay, at least at the beginning of the scheme.

In the UK, this could be in the options to pay offered – as in Utah – or it could be in ensuring that there are alternative non-chargeable routes available for those wishing to use them.

The California Transportation Committee launched a pilot programme in 2016 that found that rural drivers, lower-income drivers and drivers of certain ethnicities were the most difficult targets to convert from volunteer to participants, whilst in Colorado, 54% of the participants perceived road user charging would unfairly penalise rural drivers who often need to travel longer distances.

In the UK, AA President Edmund King has developed proposals that would see rural residents given a larger allocation of ‘free miles’ to use before road user charges applied and the Government would do well to consider this and other fairness elements seriously.

These findings point to the Government resisting calls for a simple, one-size-fits-all approach that, whilst easy to understand, might actually undermine road user pricing. This would be a major strategic error. The government’s latest OBR report identifies the “loss of existing motoring taxes in a decarbonising economy” as a critical challenge to the UK’s national debt and fiscal outlook. Particularly at a time of inflation, increased spending and post-Pandemic changes to domestic travel, this is not something we can afford to get wrong.

With the roads policy trilemma not going away any time soon, it’s worth taking the time to get this right.