Time to consider a new system of taxing motorists? 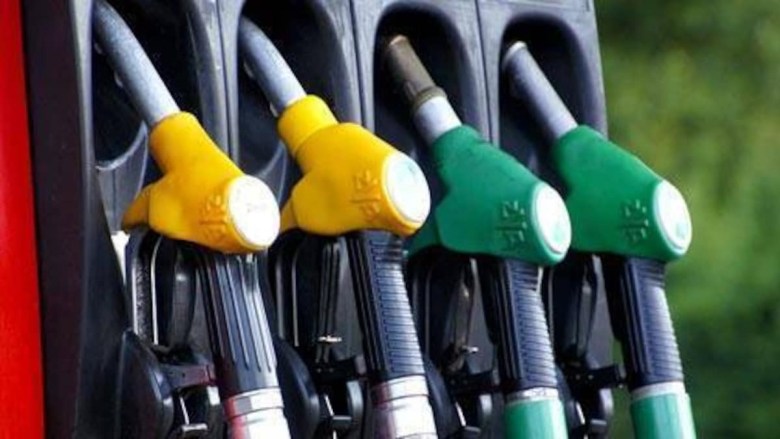 Subsidising low emission vehicles is creating an increasingly large hole in HM Treasury’s coffers. And with the expected rapid transition to electric vehicles we’ll be talking serious money within a few years. RAC Foundation Director Steve Gooding asks whether now is the time to consider a new system of taxing motorists, but from a rather different perspective to that traditionally associated with road pricing.

If you were to ask the Chancellor whether he is a spender or a saver – that question so favoured by the money sections of weekend newspapers – he would, whatever his natural inclination, have to admit that on the evidence of the past twelve months and this week’s Budget, he is much more the former than the latter. The record shows that Rishi Sunak has, faced with the covid crisis, been in ‘spend-spend-spend’ mode in an attempt to prevent the total collapse of the UK economy.

But there is another generous policy being pursued by Mr Sunak which whilst not yet on the scale of the viral bailout is set to cause him an additional financial headache in the not too distant future. And that is the subsidising of ‘green’ vehicles.

Analysis by the RAC Foundation shows that when a pure electric car is purchased instead of a petrol car then HM Treasury loses, on average, around £897 of revenue in the first 12 months after registration. If the purchase of an electric vehicle was in place of a diesel car then the amount would be £1,139.

The missing money comprises forgone fuel duty (currently 57.95p for every litre of petrol and diesel sold), VAT on both the duty and the underlying product price of the fuel, and the initial Vehicle Excise Duty payment – or showroom tax as it is colloquially called – which is emissions-based and is generally higher in the first year.

With the Society of Motor Manufacturers and Traders forecasting pure plug-in electric vehicle sales in the region of 175,000 in the coming twelve months the switch to green vehicles this year is set to cost the Exchequer another £175 million.

And don’t forget the purchase subsidy the government currently makes available for most new electric vehicles via the plug-in car and van grants, and the money it provides to help individuals and businesses install electric charge points.

Despite all that you could argue that the resulting figures are still relatively small fry compared to the £27 billion that would (if we weren’t all ‘locked-down’) be collected annually via fuel duty from the more than 30 million internal combustion engined cars that are on the UK’s roads. Even though sales have been picking up for electric vehicles compared with petrol and diesel models they still make up only a small fraction of the total vehicle parc.

So for the next year or two the Chancellor might be down only a few hundred million pounds of fuel duty income. But the Chancellor’s headache of how to fund the government’s spending commitments will get markedly worse as a consequence of last year’s decision to announce a ban on the sale of new petrol and diesel cars from 2030, just under a decade from now. £27 billion of income evaporating before their eyes is surely enough to make even the calmest of Chancellors sit up and take notice. As the saying goes, a billion here and a billion there and suddenly you’re talking real money.

Yet if the Chancellor is to retain his income from drivers – which is a choice, but one that, not being much of a gambler, I would confidently bet on, then long term he needs to consider a whether a new system of taxation might do the trick.

Step forward the proponents of road pricing. Now there’s a term to conjur with.

It pays to be very, very clear what exactly we mean when we say ‘road pricing’. At its simplest we might be referring to a tolled road. Or, next up, a scheme to charge motorists a set amount for each road-mile travelled over a variety of roads. But for economists, the object of desire is the far more sophisticated, and complicated, version that adjusts the amount payable in relation to when and where the mileage is done, reflecting, it says here, the external social marginal cost that trip imposes (i.e. by causing congestion and polluting the environment).

The Foundation previously nailed its colours to the mast of creating a distance charge, supporting, as we did, Gary Raccuja’s winning entry in the 2017 Wolfson Economics Prize. The proposition, developed in answer to the question of whether there might be a better way to pay for roads, advocated a system where per-mile fees would be applied, with the option of their being collected via drivers’ insurance premiums, allied to the earmarking of a set proportion of income to be reserved for spending on roads. But that is probably not the question foremost in the current Chancellor’s mind. Spending on roads is just one of a mighty long list of things pleading for his largesse.

Of course, the Chancellor does have the option of deciding that the growing hole in his finances is actually a price worth paying when set against the vast benefits of saving the planet with the help of green vehicles. He could set a long-term policy that taxes low-emission vehicles significantly less than more polluting legacy vehicles we’ve been used to driving, to give the growth of the electric car market a major boost.

But if, as seems likely, the question the Chancellor is asking is how best to ensure motorists continue to cough up money to pay for roads, and schools, and hospitals, then we would counsel making simplicity the watchword . The scale of the task involved in introducing a new tax payable by tens of millions of people on a variable basis set so as to raise billions of income, replacing a system in fuel duty that has the lowest cost of collection of any tax, ever, should not be underestimated. Not impossible. After all, scientists have just put a vehicle onto the surface of Mars. But, like Mars, the risk register for such an initiative would, we think, be a vibrant, glowing bright red.

If driving is to continue to come at a fiscal cost to the motorist then we’d advise the Chancellor to focus on those vehicles that would otherwise be getting a free pass – a subset of the parc not the whole fleet. Not easy when for environmental reasons the imperative is to encourage their take-up. The risk of sending mixed messages is high. But so is the risk of encouraging electric vehicle take-up on a false prospectus.

If a road user charge is on the horizon for zero emission vehicles then working through the detail of how and by whom that charge would be set and collected should surely start right now.

Steve Gooding is Director of the RAC Foundation and a confirmed speaker at Highways UK running at the NEC, Birmingham on 3/4 November 2021