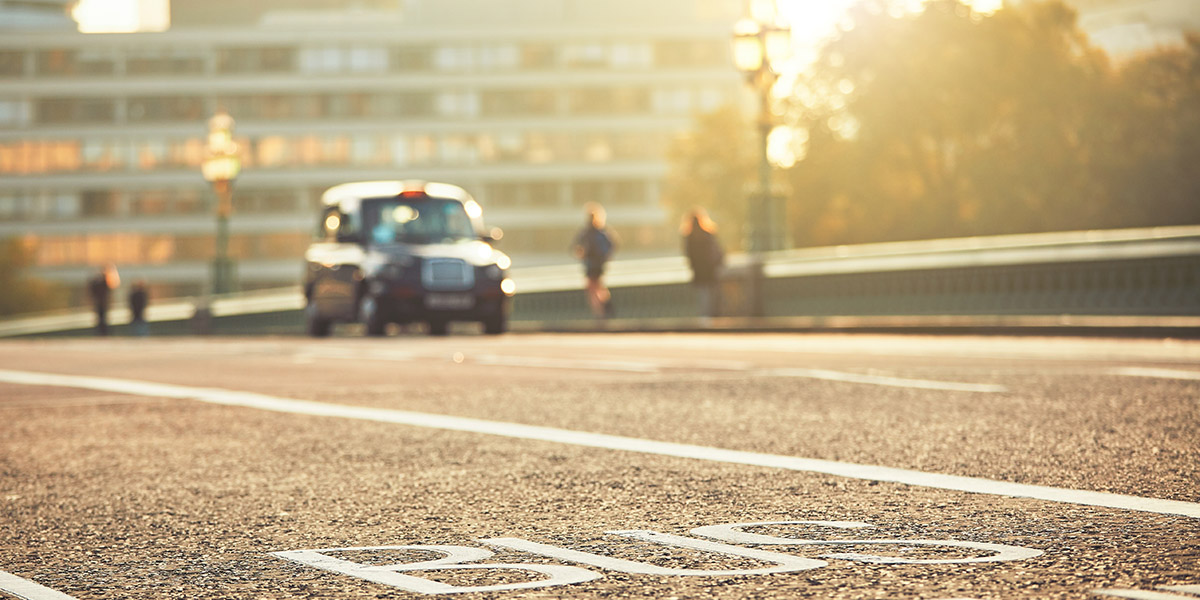 Jose Javier García Pardenilla, Project Lead at Ferrovial, argues that roads are durable to extreme weather conditions, we just have to redesign how we formulate asphalt pavement.

This year, we have seen surprising images from around the world, from airports forced to halt operations due to melted pavements to melting roads or tires that have been affected.

But it would be incorrect to assume that the problem lies in roads being unable to withstand heat. We actually have to redesign how we formulate asphalt pavement. Lately, we’ve been facing a climate emergency where central and northern Europe have been impacted dramatically this summer. Some of the problems they have had to face include not having air conditioning in their homes; in light of what has happened, they will undoubtedly need to install it. Some of my acquaintances who live in countries with climates that are quite different from ours have been telling me about it. This is the case of some acquaintances from Geneva (Switzerland) who told me that it was really difficult since houses there were not prepared for the heat. Similarly, roadways initially designed for different climatic conditions have needed adaptations for warmer climates and heat waves in summer like the ones we’ve seen recently. It is precisely in these extreme moments that the roadway has to respond properly and continue to operate. If a road surface breaks down in a heat wave, it is no longer useful and has to be rebuilt.

But what’s really going on?

When you start looking into pavement, one of the first things you’ll come across is rut formation. Ruts are a deformation that occurs when traffic drives on a road, usually when the heat affects the surface in such a way that it loses its structural capacity. This is basically what has happened in many parts of Europe this summer.

I’ve taken this opportunity to find some books in the lab library to show that even they list this concept as the number one topic in the roadway catalog by the former MOPU (currently the Ministry of Transport, Mobility, and the Urban Agenda). As you can see, this knowledge has been available for decades. The only thing that remains to be done is to adopt a rapid change in the regulations implemented in Europe. I’d like to point out that Spain has a tradition of expertise in building roads that, from my point of view, is among the top three in the world. This is due, in large part, to the influence that Spanish universities, the Ministry of Transport itself, and Cedex, to name a few, have had with amazing work done in training and communication regarding this issue.

All of this work to train professionals well is also part of the success of our construction companies outside Spain. Building knowledge means building value, and this transforms into opportunities and benefits in the medium and long term. This is a clear success story, and we should thank everyone who has made it possible for decades.

Take a look at this BBC news photo from this year, 2022; it shows the same thing happening as the photo from the 1989 roadway deterioration catalog. It’s not that the UK has done anything wrong; they just have to change the circumstances surrounding infrastructure. From now on, they should start changing the bitumen specifications for roads. If they don’t do so soon, this will become a mistake. 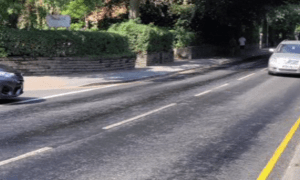 How can we prevent roads from melting?

Asphalt bitumens are binders; you can think of them as the glue for the aggregates (rocks) in the road. These bitumens are classified by hardness, which is proportional to their temperature resistance. This means that the harder they are, the more resistant they will be to high temperatures. In Europe, bitumens are classified with a number: the lower the number, the harder the bitumen will be. There are two main ones used here, the B 50/70 and B 35/50. Historically, the B 50/70 has been most used in Europe, and now it should be replaced by the B 35/50.

About 20 years ago, when I hadn’t been working long, I remember the El Prat Airport project carried out by Ferrovial. We invested a lot of time in meetings with Aena and explanations to substitute B 50/70 for B 35/50. We did so precisely because of what is happening now in Europe. I was worried that a hard summer would come right after finishing the project and that ruts will appear. It took a lot of work because, once a project is drafted, it’s quite difficult to change. Finally, Aena’s technicians understood our point of view, and we did it with B 35/50. To be honest, I was satisfied because it was a technical issue, one that was of concern for the infrastructure. The price of both products were the same, so it was all the benefits at the same cost. I know for a fact that those pavements will be better off today than if we had used B 50/70.

B 50/70 resists low winter temperatures better; being softer in the cold, they work better. But of course, this problem is becoming less and less relevant. In the case of Barcelona’s airport, this almost didn’t apply, given Barcelona’s wonderful climate in winter.

Surely someone will be wondering, “Are there no other solutions other than hard or soft?”

The answer is yes. The technology is highly present in solutions for road and airport surfaces. About 20 years ago, polymer-modified bitumens were developed and have become commonplace. This polymer is usually elastomeric. It gives the bitumen elasticity and significantly improves its properties to resist cold and heat. With this new bitumen, we could have it all: good properties in the cold and in extreme heat. Ferrovial   has been doing surface reinforcements at the Adolfo Suárez Madrid Barajas airport for years with this product. Thanks to this, the same thing hasn’t happened at this airport as in many other places in Europe with the climbing temperatures.

Recently, I was lucky enough to be a speaker at the Argus conference in Nice, where I explained that the top environmental product is the one that lasts the longest. With the current raw material crisis, we should also try to use fewer quantities of products. To do this, I said that we had to start making more roads with modified bitumen to make them last longer. We can also reduce the thickness of the roads since the performance of the modified bitumen is much higher and allows for making pavement thinner. Now, there’s another very important reason that I didn’t think was so significant in May: resisting heat waves. Modified bitumen has a softening point around 70ºC or even over 80ºC, while this point for the normal types that we mentioned before is around 50ºC.

This is already a common trend; look at this news from Alabama. In the United States, the use of polymer-modified bitumen is growing. After these episodes, it will continue to do so.

For example, most of the projects by Cintra use modified bitumen in the surface layer, which comes into the most contact with the outside and must therefore withstand extreme conditions the most.

Some countries that have come to understand this situation well are Germany, Poland, and the European centers that have high percentages of using modified bitumen, even exceeding 30% of all bitumen used in the country. These road surfaces will last longer; therefore, it will take longer before needing reinforcement. Thanks to this, they will provide significant savings to the infrastructure’s owner. In our project for the Bratislava bypass, we not only used modified bitumen for the surface layer; we also used it for the middle one. This is quite a success, and in the long term, it will provide a great return on investment.

To compare this with construction, I usually say that the polymer is to bitumen as metal mesh is to concrete – it makes it much better and more resistant.

As usually is the case, these are simple: balancing the consumption of conventional bitumen with harder products and generalizing the use of modified bitumen.

As you can imagine, the manufacturing technology for modified bitumen is complex, and the chemical interaction between the polymer and bitumen is key for good performance. But let’s leave all these technicalities for those of us who have to work on the proper functioning of infrastructure so that you can enjoy your next trip by car or by plane.

Look at this road I drive on every day. It’s the M-100 in the Community of Madrid. It was built by Ferrovial Construction in 2008 and was made with modified bitumen, along with a porous road surface, which means it does not get waterlogged when it rains. This photo is from 2018, eight years after its construction and eight years of constant use. Today, it is exactly the same. Working on quality infrastructure is vital, but considering the climatic circumstances is also important. You can read more about that in this post.